Temperance and Prohibition in Worthington 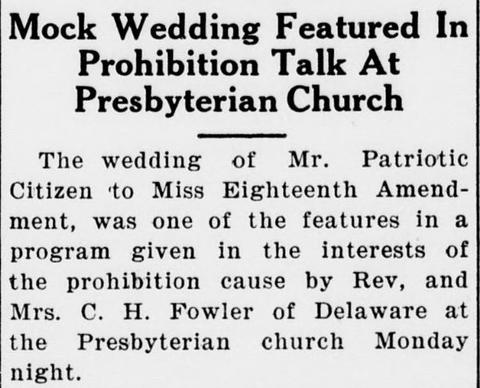 In the United States, a turbulent political landscape is nothing new. A century ago, the topic of alcohol stirred feelings strong enough to divide the country. In the early 20th century, the goal of the temperance movement was to reduce the consumption of intoxicating liquors, considered by some to be a moral evil. Although Westerville is the central Ohio community most often associated with the movement-- from its national headquarters there, the powerful Anti-Saloon League lobbied all levels of government to limit and eventually end the manufacture and import of beer, wine and liquor-- Worthington also has temperance connections to explore.

One account of frontier life in central Ohio noted the average consumption of spirits was one gallon per person per week. Compare that to a 2018 study by the National Institutes of Health which estimated the average American consumed 2.35 gallons of alcohol per year. Although the early temperance movement, with women at its head, urged moderation, over time the movement's focus shifted to outright prohibition. A short-lived publication called the "Worthington Gleaner" often featured temperance-related articles, one noting the establishment of a local chapter of the Ohio Women's Christian Temperance Union Society. In February 1883, another article warned, "[the] destroyer is in our midst, our young men are in danger. We should be on the alert and as far as possible promote all phases of temperance work."

Some Worthington citizens advocated for temperance and Prohibition by joining like-minded organizations. Mrs. G.W. Smith paid a subscription pledge of $1.50 in May 1894 to the Ohio Anti-Saloon League. These dues, collected by a local church leader, would have supported the national, state and local movements. Francis Sessions joined the Columbus Chapter of the Sons of Temperance in October 1846, just a few months after marrying Mary Johnson, the daughter of Orange Johnson, one of Worthington's founders. The Sons of Temperance was an organization, similar to the Anti-Saloon League, fighting to limit and prohibit alcohol in the area. His membership would have been seen as an act of morality, adding to his reputation as a successful businessman, investor and bank founder.

In 1919, Congress ratified the 18th Amendment, which prohibited the manufacture, transportation and sale of intoxicating liquors in the U.S. Calls to repeal the amendment started nearly at once, becoming more insistent over the years as Prohibition proved difficult to enforce and ineffective at eliminating crime and other social problems as hoped. However, many rallied for the ban to remain. A local reaction is referenced in a 1932 "Worthington News" article describing a Presbyterian church program that included a mock wedding of "Mr. Patriotic Citizen" to "Miss Eighteenth Amendment." At the program, Rev. Fowler played John Barleycorn, a fictional, humorous personification of alcohol from British and American folklore, who objected to the wedding. After the event, slides of well-known politicians and men of science known to oppose "the liquor evil" were shown.

In December 1933, the 21st Amendment repealed Prohibition, much to the chagrin of supporters, including F.F. McDonald, Ohio's Prohibition commissioner, who spoke at the March 1928 Worthington Chamber of Commerce meeting. The "Worthington News" quoted him as having remarked the "Prohibition Amendment is here to stay" and it was his belief most violators of the 18th Amendment "came from the ranks of men who had formed the drink habit in the days of the open saloon, and the foreign element of this community." His xenophobic remarks were reflective of common prejudices of the time.

Today, alcohol is a far less polarizing issue than it was a century ago. Worthington Libraries even hosts a few "spirited" events including Literary Libations, a long-running, monthly book discussion group. For the past six years, the library's Friends organization has hosted a popular fundraiser after-hours in the library stacks called Books and Brews, which features local breweries and craft beer samples.

As you prepare to ring in the new year, raise your glass (full of spirits or not) to a healthy, unifying 2021! 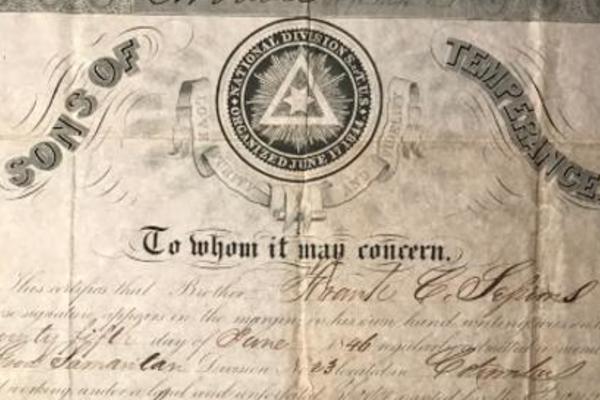 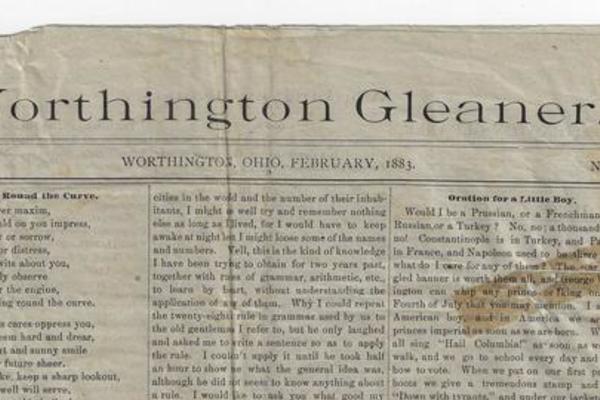 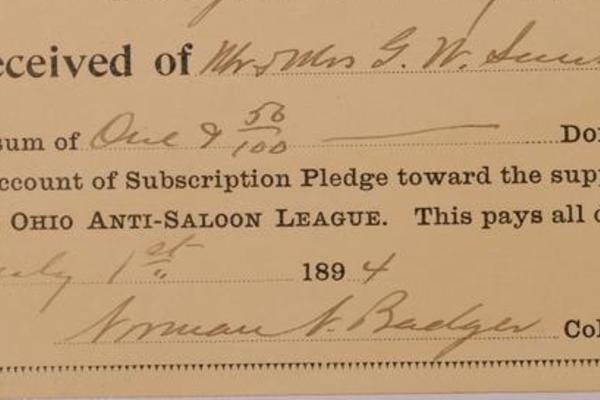 McDonald is speaker at C. of C. meeting: says prohibition is here to stay

City at forefront of Prohibition