The U.S. Census – Getting Counted Then and Now 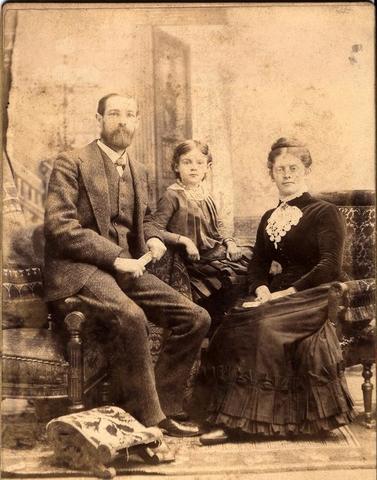 As we social distance our way into 2020, efforts to roll out the U.S. decennial Census questionnaire are well underway. You've likely already received your letter from the U.S. Census Bureau describing the various ways you can get counted.

The federal census has been in place since 1790, 13 years before the founding of Worthington. From just one U.S. Census taker for the Worthington area in 1930, to the ability to fill out census questionnaires online today, the information gleaned from these counts has been used to inform not only population growth, but also congressional representation and allocation of billions of dollars in federal funding, funding that affects housing, transportation, education and even emergency response assistance, a topic that couldn't be more relevant during the current COVID-19 pandemic.

In 1930, J.P. Darby was the sole enumerator for the Worthington area. Listed on Ancestry.com as a mail carrier, he was likely knowledgeable of, and friendly with, many residents. Today, you'll find an enumerator at your door only if you don't fill out the census (online, by mail or via phone) by May 14.

When searching the term "Census" in Worthington Memory's database, you'll come across 79 items, however, not all of these relate to the U.S. Census, taken every 10 years. These "other" Worthington censuses include the 1935 U.S. Farm Census; a 1956 "Special Census Count," conducted by the Department of Commerce and used to determine if Worthington could graduate from village to city status (set by a population count over 5,000); and a 1960 community-wide interdenominational church census, planned to better able churches to include newcomers.

The U.S. Census used to contain a question asking about residents' occupations, a piece of data that can help discover our ancestors' way of living, such as Worthington's Bishop family. Frank Bishop was listed in the 1880 census as postmaster, in the 1900 census as a launderer and in the 1910 census as a merchant. You won't find that question on the 2020 Census, however. The occupation question is asked on the American Community Survey, a yearly questionnaire sent to 1 in 38 American households a year.

Take a few minutes this month to complete the census and be counted. You can help Worthington obtain a share of $675 billion in funding and secure our representation in Congress.

Census man to be highly inquisitive: Will ask questions covering every aspect of farm and family life

Special Census Count Will Be Made in Worthington