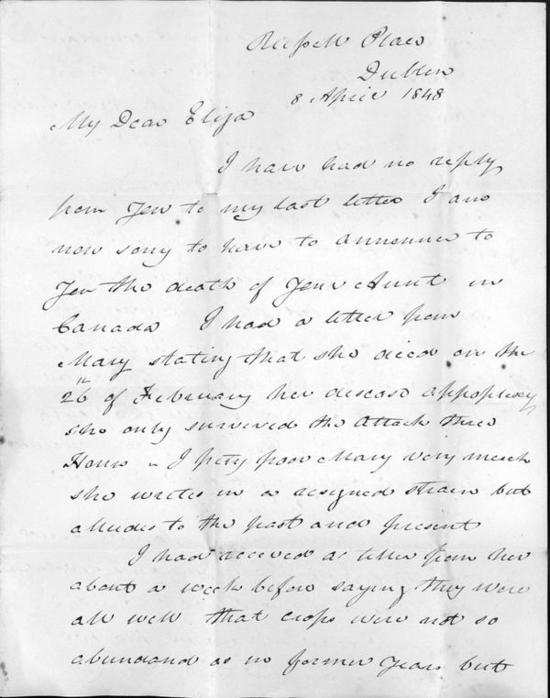 Correspondence is a manuscript, with genre letter. Its dimensions are 7 in. x 9 in.. It is 4 pages long.

Worthington Historical Society is the Contributor. J. Henry is the Creator.

This letter is addressed to Mrs. G. R. Snow of Worthington, Ohio from J. Henry of Dublin Ireland in 1848. The letter discusses revolution and famine in Europe. Eliza Snow, recipient of the letter was the wife of Worthington physician George R. Snow.

This letter was written during the time of the Great Famine in Ireland 1845-1850), caused by the failure of the potato crop due to the fungus phytophera infestans. Potatoes were the dietary mainstay of the Irish farmer. A family might eat 20 lbs a day, along with the milk from the family cow. When the crop failed, the poor farmers could not feed their families or pay rent and they were evicted. Over 1 million people died from starvation or disease, and 2.1 million emigrated to other countries, including Canada and the United States.

In 1848, a revolution began in Europe, and the discontent spread to Ireland. The British however feared the possiblity of revolution and reacted with severity.

The corn mentioned in the text is the British term for the grain crops of oats or wheat. Indian corn or maize, imported from the United States was offered to the starving of Ireland as payment for public works. Few knew how to prepare it so it did not help the starving, who were too weak to digest it or to work for it.

It covers the cities Worthington and Dublin.

This metadata record was human prepared by Worthington Libraries on November 12, 2001. It was last updated November 15, 2020. 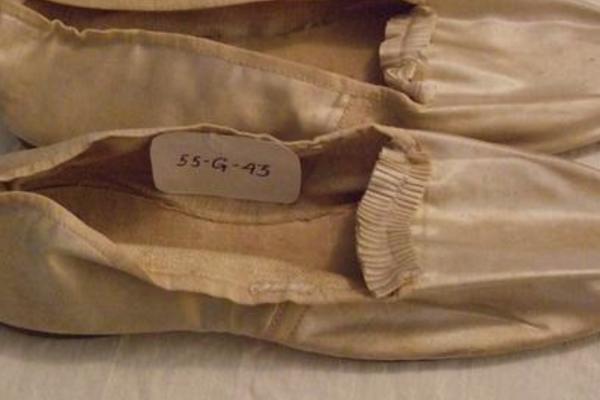