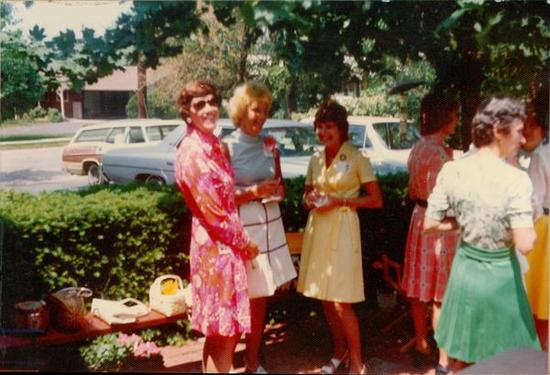 Activity Club Committee Members is a picture, with genre photograph. Its dimensions are 3.5 in. x 4.5 in..

Activity Club members gathered at the club's 1975 May luncheon and last business meeting of the 1974-1975 year. Plans were completed for the baccalaureate reception for Worthington High School graduates and their families, organized and sponsored by the club each year. Pictured here are retiring members Barb Whitehead and Joyce Simcox.