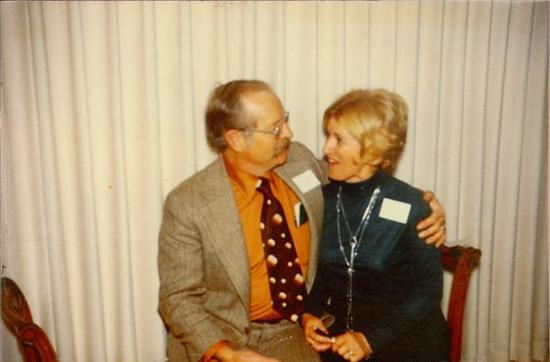 Activity Club Members is a picture, with genre photograph. Its dimensions are 3.25 in. x 5 in..

James Matson and Ruth Matson are pictured in this photograph taken at the Worthington Activity Club's 1975 progressive dinner. It was an annual celebration given in honor of the members' husbands. Hosts in 1975 were Charles and Sally Nitschke, James and Ruth Matson, and Gene and Marilyn Pflieger.