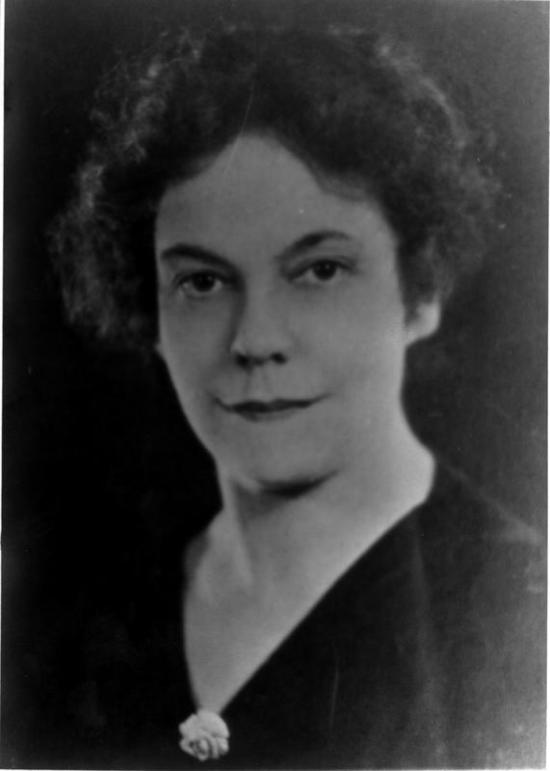 Gertrude Lucile Robinson is a picture, with genre photograph and portraits. Its dimensions are 6.69 in. x 4.69 in..

This photograph is of Gertrude Lucile Robinson, circa 1930. Robinson taught English at The Ohio State University from approximately 1920 until 1933, after having earned her bachelor’s and master’s degrees there in the same program. She also specialized in theatre and commonly assisted with the production of plays around Worthington, including senior class productions at Thomas Worthington High School, and coached drama at OSU.

Robinson was born in Kansas in 1891 and moved to Worthington with her parents and sister in 1904. Her sister, Helen, was a teacher and principal at Thomas Worthington High School for a combined total of 25 years. Her father, Edward Lyon Robinson, was born in Columbus, Ohio, and eventually served as Worthington’s mayor and justice of the peace following the family’s return from Kansas.

An obituary published in "The Worthington News" for Lucile Robinson on June 8, 1933 states that "Although she had not been in good health for some time, she had only been seriously ill for two weeks, her death being caused by peritonitis, following an operation." The Gertrude Lucile Robinson Award for creative writing was established at OSU and is awarded annually for an outstanding work of original creative writing by a female undergraduate student.

It covers the topics women, teachers, women in education and theater.

This file was digitized other analog in the format video/jpeg.

This metadata record was human prepared by Worthington Libraries on March 9, 2020. It was last updated August 10, 2020.

Kilbourne ready to raise curtain for 'Guys and Dolls'

W. A. Arter Will Teach Advertising