Photograph of the Apple House Exterior at the Brown Fruit Farm 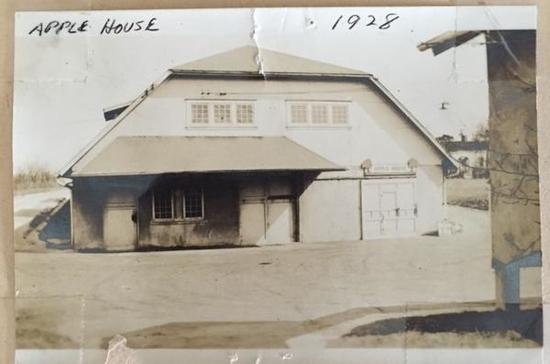 Photograph of the Apple House Exterior at the Brown Fruit Farm is a picture, with genre photograph and historic buildings. Its dimensions are 5.5 in. x 8.4 in..

Shown here is the Apple House at the Brown Fruit Farm.

The farm operated north of Worthington for nearly fifty years, from around 1912 to 1958. It grew and sold apples and apple products such as juice, candy and apple butter, as well as cherries, plums and honey. As of 1925, the farm encompassed 100 acres planted with 4000 fruit trees and was the largest fruit farm in central Ohio. It was renowned not only for the quality of its produce, but also for its innovative roadside marketing, including signs telling motorists how many miles they were from the farm.

The Apple House was where apples were sorted and packed for sale. Apples in storage were kept at the ideal temperature of 40 degrees, then sent by the crate on ramps with rollers to the Apple House, where they were sorted by size by the apple-grader machine. Workers on either side of the line removed blemished apples. Crates of sorted apples were then placed in the retail showroom at the front of the Apple House.

As recalled by Bernard (Brownie) Cellar in his book “The Brown Fruit Farm: 100 Acres in Orchards,” the roller ramps “supplied the children of the five tenant families hours of pleasure for, when not carrying apple crates, the rollers became a raceway as we placed flat boards at the upper end of the storage barn and rode the rollers all the way from the darkness of that barn across the driveway between buildings to the Apple House.”

It covers the topics agriculture and buildings. 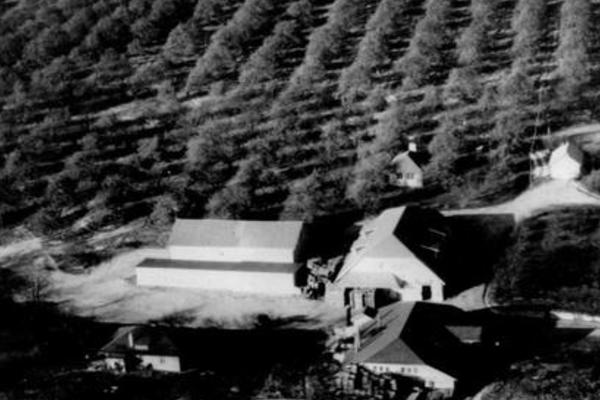 Board Refuses Zoning Variance for Apartment

Owner 'ecstattic' with addition to store