Photograph of Apple Pickers at the Brown Fruit Farm 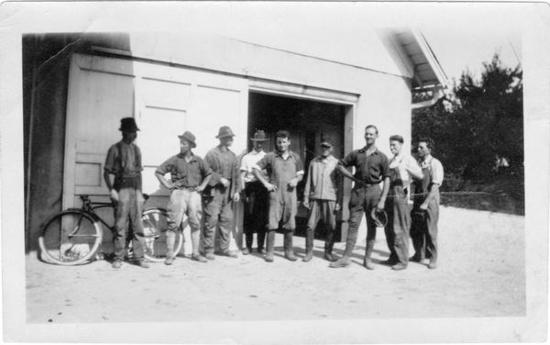 Photograph of Apple Pickers at the Brown Fruit Farm is a picture, with genre photograph and group portraits. Its dimensions are 3.33 in. x 5.35 in..

Apple pickers are shown here at the Brown Fruit Farm. During picking season, the farm employed 35 to 40 migrant workers, in addition to the year-round farm staff. As described by Bernard (Brownie) Cellar in his book “The Brown Fruit Farm: 100 Acres in Orchards,” migrant workers were typically European immigrants or those who had left inner cities in the United States to live the nomadic life of a fruit picker. They traveled from Ohio to New York to Florida to California to pick apples, peaches, grapefruit, oranges and hops. One worker could pick 100 bushels of apples a day.

It covers the topics agriculture, farm workers and bicycling.