Photograph of the Captain Skeele House 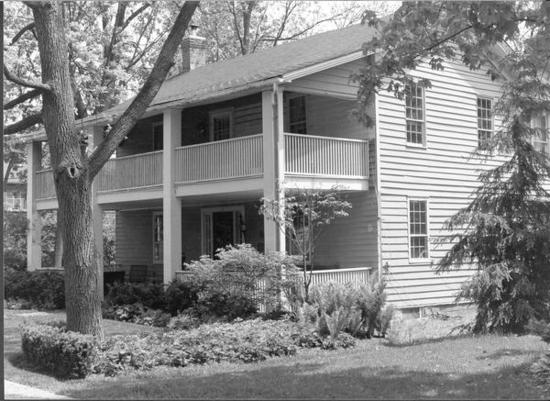 Photograph of the Captain Skeele House from the collections of the Worthington Historical Society (WHS) may be used for educational purposes as long as it is not altered in any way and proper credit is given: "Courtesy of the Worthington Historical Society, Worthington, OH." Prior written permission of the WHS is required for any other use of Photograph of the Captain Skeele House. Contact WHS at info@worthingtonhistory.org to request permission.

Photograph of the Captain Skeele House is a picture. Its dimensions are 5 in. x 6.88 in..

This black and white photograph depicts the former home of Civil War Captain John Skeele (1832-1919). The house, which is listed on the National Register of Historic Places, is currently located at 700 Hartford Street. According to the Worthington Historical Society, the photo dates from spring 1989.

The frame house is most notable for the second-story gallery that runs the length of the façade and for the once locally celebrated Civil War officer who lived here for half a century.

The house occupies a portion of the original lot number 85 as set out in the village plat of 1804. However, for most or all of the nineteenth century, this building faced East State Street (Dublin-Granville Road) at the southeast corner of Hartford and State. At some time during the Skeele family tenure, the house was moved to the south end of lot 85 and rotated to face Hartford Street instead of State. Sanborn maps show that the north end of the lot, which faced State Street and where the house once stood, remained undeveloped in 1922 through at least 1943.

Records are missing that could clarify what structures might have stood on lot 85 during its earliest years. However, the lot was conveyed to Reverend Ebenezer Washburn for $1 in 1827, possibly as a gift for the new clergyman. Washburn is reported to have been the first minister to preach regularly at Worthington Presbyterian Church.

In 1836 James Scanland purchased the property. Scanland, a wagonmaker, and his family lived there until 1854. By that time, the site’s tax valuation had increased so much that architectural historian Robert McCormick suggests Scanland might well have made significant improvements to the house, perhaps even giving it the basic structure seen in this photo.

By mid-century, the house had become a rental unit, owned by the Parks family who lived next door on State Street.

Harriet Skeele purchased the house in 1864, while her husband John was away in the Union Army. According to his obituary in the July 6, 1919, Dispatch, "Mr.Skeele was born in Piqua, Ohio in 1832, and moved to Worthington with his parents in early childhood. In the Civil War, he held the rank of captain in the Union Army. He enlisted in 1862 as a private, in the 113th O.V.I., and served three years. He fought in the battle of Chicamauga [sic] and was with General Sherman on his historic march to the sea." By the time he was mustered out in 1865, he had been appointed captain of Company I of the 113th O.V.I.

John and Harriet Skeele lived in the house for 55 years. By the time of Harriet’s death in 1920, the house had been relocated from facing State Street to facing Hartford Street. Upon Harriet’s death, the Skeele children conveyed lot 85 to William H. and Mary Fisher. The Fishers lived with their daughter and son-in-law, the Frank S. Archer family. Together, they significantly rehabbed the so-called "Tuller House" on the northwest side of the village green next to the Presbyterian church and the Skeele property became a rental duplex for two tenants. A photograph of the rental property appears in the September 16, 1926, issue of The Worthington News. The pediment that surmounts the double gallery in the 1926 photo has been removed in a subsequent remodeling.

It covers the topics homes and historic sites.

This metadata record was human prepared by Worthington Libraries on October 23, 2021. 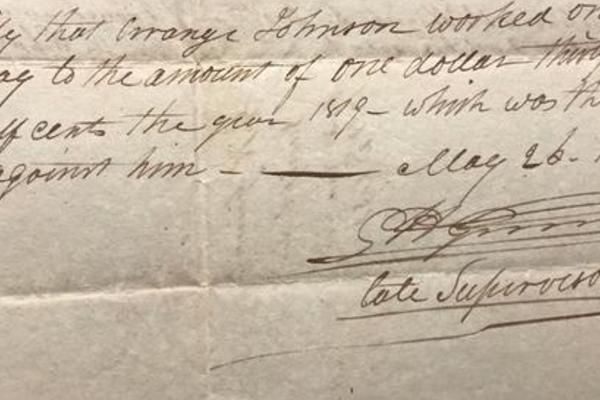 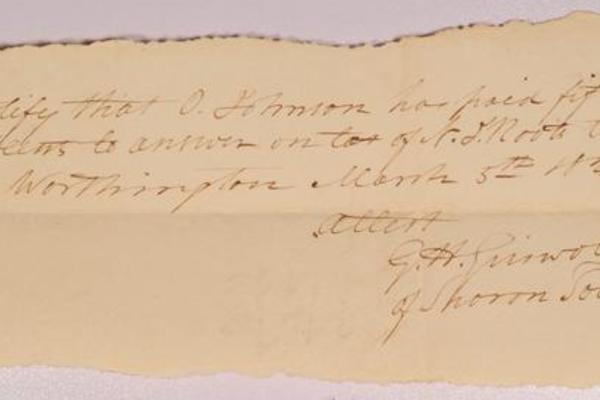