Photograph of the Entrance of the Brown Fruit Farm 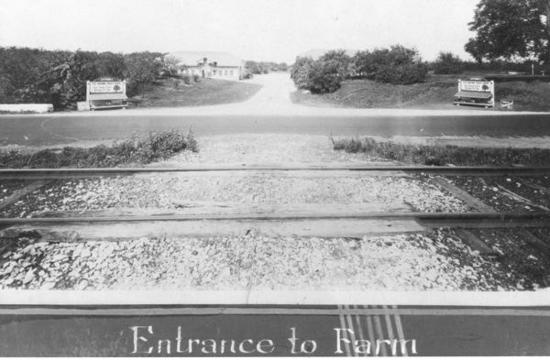 Photograph of the Entrance of the Brown Fruit Farm is a picture, with genre photograph and signs (notices). Its dimensions are 6.18 in. x 9.42 in..

Shown here is the entrance to the Brown Fruit Farm. In the foreground are the tracks to the Columbus, Delaware and Marion Railway, and beyond that is Route 23.

The Columbus, Delaware and Marion Railway provided passenger and freight service between the cities from 1903 to 1933.

It covers the topics agriculture, streets and roads and railroads.

Area T. B. Test Is Started In Franklin Co.