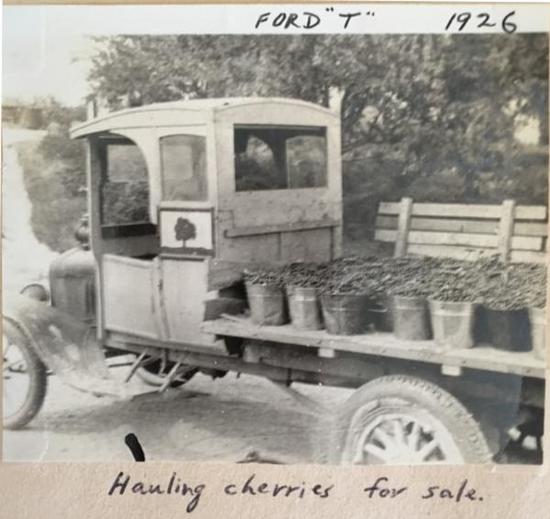 Photograph of a Ford Model T Truck Hauling Cherries from the Brown Fruit Farm is a picture, with genre photograph. Its dimensions are 7.21 in. x 7.69 in..

Shown here is a truck hauling cherries from the Brown Fruit Farm. The hand-written caption along the top reads: “Ford ‘T’ 1926.” Along the bottom it reads “Hauling cherries for sale.”

It covers the topics agriculture, food and drink, cars and transportation.