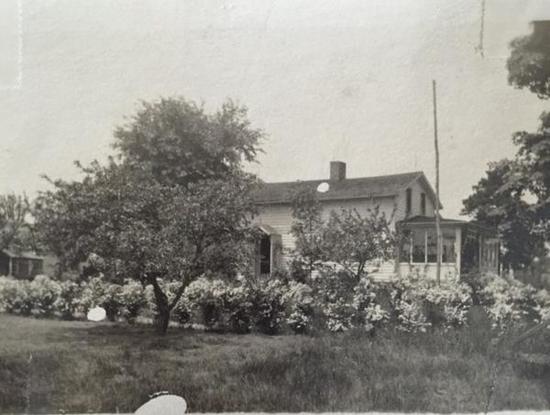 Photograph of Frame and Marie Brown’s House is a picture, with genre photograph and historic buildings. Its dimensions are 7.1 in. x 8.5 in..

This photograph shows the home of Frame and Marie Brown on the Brown Fruit Farm. The Browns moved into the farmhouse in 1913, the same year that their daughter Molly was born.

The farm’s original apple orchards were planted around 1901, by Frank Bower, on property once owned by the Pool family. Sally and Joseph Pool came to Sharon Township in 1812, and built the house pictured here that the Browns lived in. The Pool family gravestones have been incorporated into a restored cemetery at Highbanks Metro Park. Bower sold the orchards to William C. Brown in 1909, who few years later turned the property over to his son, Frame. Over the next couple of decades, Frame grew the farm with cutting-edge farming and marketing techniques. Frame and Marie Brown both passed away in 1936, when Molly Brown took over ownership of the farm, which operated until 1958.

It covers the topics agriculture and homes. 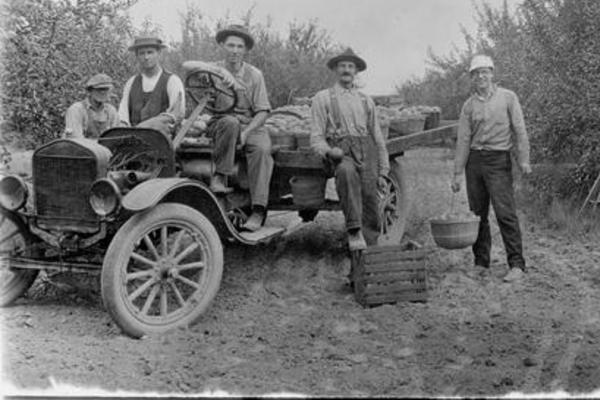 The moon and crops 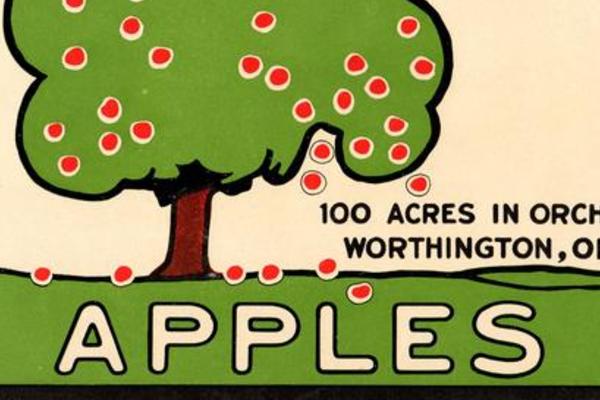