Photograph of Herman Wagner, Frame Brown and Other Workers at the Brown Fruit Farm 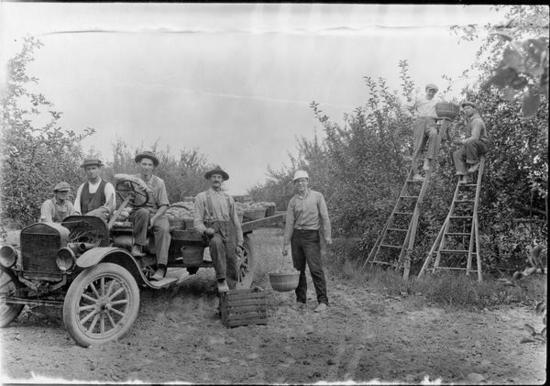 Photograph of Herman Wagner, Frame Brown and Other Workers at the Brown Fruit Farm is a picture, with genre photograph and group portraits. Its dimensions are 4.95 in. x 6.9 in..

Pictured here are seven workers in an apple orchard at the Brown Fruit Farm. Leaning against the car, fourth from left, is Herman Wagner, and standing next to him, third from right, is farm owner Frame C. Brown.

Wagner was (Esther) Leona Cellar’s father. Leona was married to Murrin Cellar, who was manager of the Brown Fruit Farm from 1936 to 1958. As part of the farm’s year-round staff, Murrin and Leona lived on the property with their children Roger, Russell, Bernard (Brownie) and Myrna.

It covers the topics agriculture, farm workers, cars and trees. 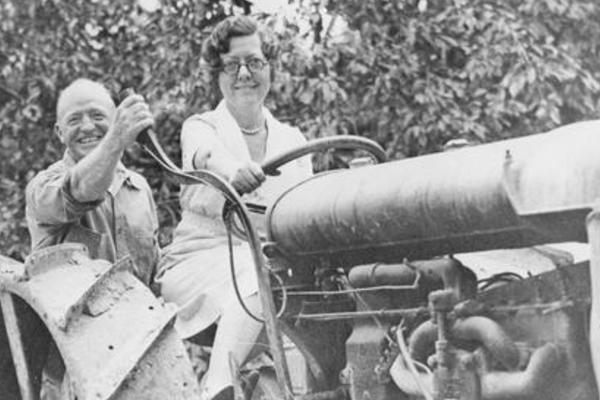 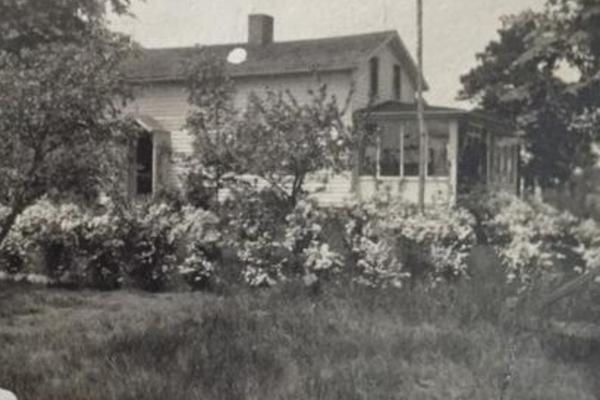 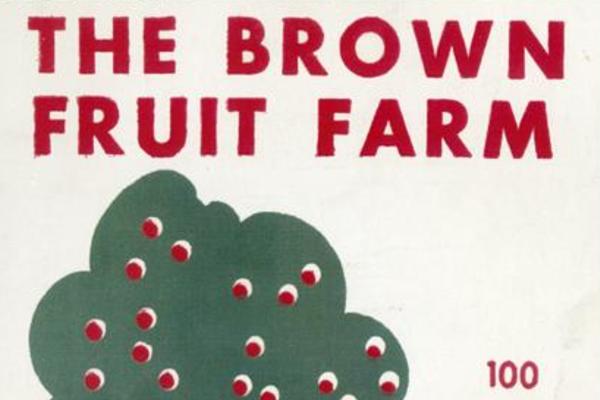 Powell Fair Best In Many Years