Photograph of Stanley Converse on Daisy the Pony 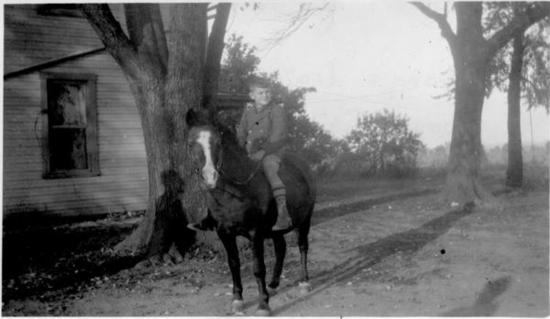 Photograph of Stanley Converse on Daisy the Pony is a picture, with genre photograph and portraits.

In this photograph, Stanley Converse sits on "Daisy" the pony on the Wing farm near Linworth on Smoky Row Road. Charles, Harriet, Harold and May Wing lived on the farm where they had chickens, several cows, a pony and rabbits.

Stanley Pendleton Converse came from a military family. He was born in Delaware, Ohio on October 14, 1923 to Alexander Jenkins Converse and Clara Ridley Converse. From 1923 until 1935, Stanley's family lived in such places as Marysville, Ohio, Tunbridge Wells, England and Seattle, Washington.

Around 1935, the Converse family settled north of Worthington in Powell, Ohio. Stanley Converse's sister Alice and May Alice Wing, who lived on a farm on Smoky Row Road, became friends. May shared rides on her horse, "Daisy" with Alice and Stanley Converse.

Unfortunately, in 1936, Stanley's father, Alexander Converse, at the age of 49, passed away from injuries that he sustained in an automobile accident. The following year, widow Clara Converse, Stanley, and his sister Alice moved to 40 East South Street in Worthington.

Stanley graduated from Worthington High School in 1942. The yearbook for that year shows his involvement with many high school activities including Hi-Y, football, class plays and Cardinal Staff. He was also a Boy Scout in the Colonel George L. Converse Explorer's Patrol.

In January 1943, following in his grandfather and fathers' footsteps, Stanley enlisted in the U. S. Army. Over the years, he was promoted, gradually attaining the rank of Colonel.

In 1963, Colonel Stanley Pendleton Converse was the site control officer at Arlington National Cemetery orchestrating the burial ceremonies of President John F. Kennedy, and it was written in The Last Salute: Civil and Military Funeral, 1921-1969, "The US Marine Band began to play the hymn 'Eternal Father, Strong to Save,' and at the same time the body bearers folded the flag and handed it to Mr. Metzler. Then as the hymn was concluded, Cardinal Cushing stepped forward and blessed the eternal flame. Mr. Metzler presented the folded flag to Mrs. Kennedy. Major Stanley P. Converse, Executive Officer of the 1st Battalion, 3rd Infantry, then lighted a taper and handed it to Mrs. Kennedy, who lighted the torch that would become the eternal flame, thus ending the ceremonies for her husband." (p.215)

It covers the topic horses.

This metadata record was human prepared by Worthington Libraries on July 13, 2021. It was last updated July 14, 2021. 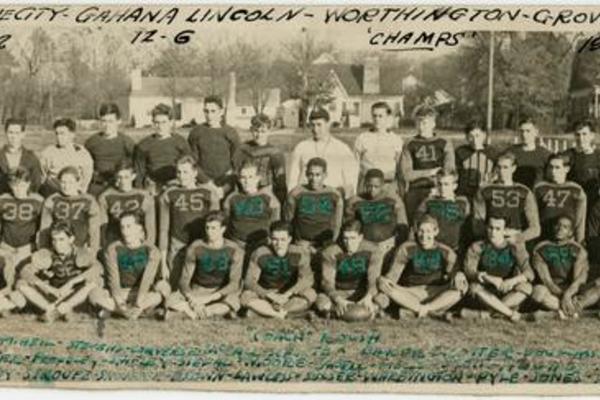 Converses Have Son Born in Germany