Photograph of Trees at the Brown Fruit Farm 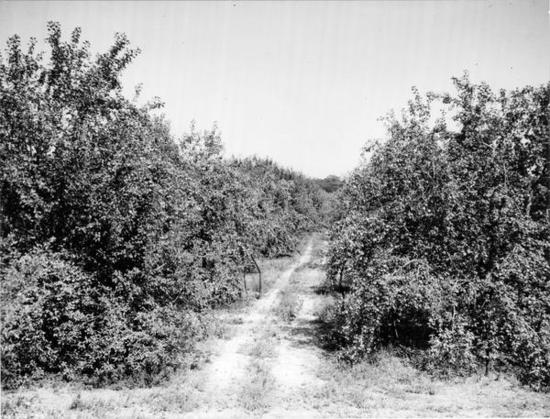 Photograph of Trees at the Brown Fruit Farm is a picture, with genre photograph and landscape. Its dimensions are 6.31 in. x 8.29 in..

Rows of apple trees on the Brown Fruit Farm are pictured here. Sticks were used to prop up tree branches that were sagging with the weight of apples.

It covers the topics agriculture and trees.

This metadata record was human prepared by Worthington Libraries on February 15, 2018. It was last updated February 19, 2018.