Photograph of Wedding of Marie Morgan and Ernst Chrestensen 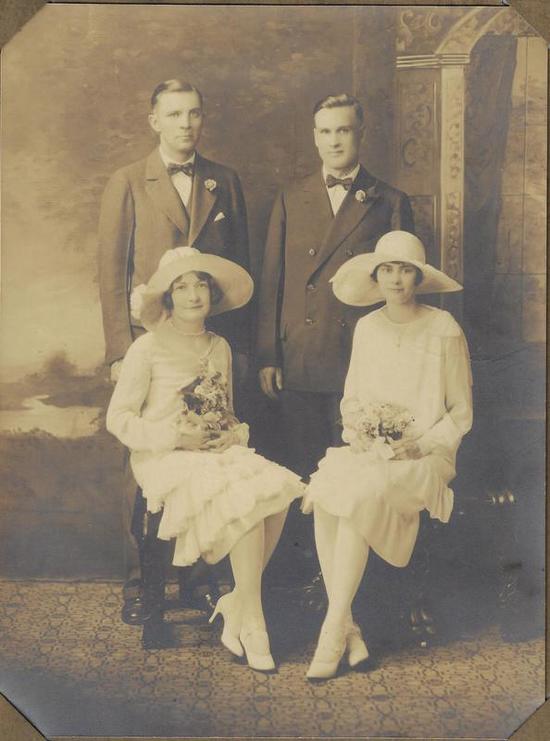 Photograph of Wedding of Marie Morgan and Ernst Chrestensen is a picture, with genre photograph and group portraits. Its dimensions are 7.96 in. x 5.86 in..

This photograph captures the wedding party of Marie Morgan, who was born in Flint in 1899. She graduated from Worthington High School in 1916, although she lived in Delaware County. Lella Decker (Pinney) of Worthington is identified on the left. It is presumed that groom Ernst Chrestensen stands behind the bride on the right and best man Carl Anderson stands on the left. The wedding took place at the Worthington Methodist Church on June 4th, 1927. A wedding announcement appeared in the Worthington News on June 9th and detailed, "The marriage of Miss Marie Morgan, daughter of Mr. and Mrs. Samuel Morgan, of Westerville, and Mr. Ernst Calvin Chrestensen, son of Jesse Chrestensen, of Wickliffe, Ohio was solemnized Saturday evening, June 4 at S o’clock in the Worthington M. E. church, Dr. E. R. Stafford officiating. Miss Leila Decker attended Miss Morgan as bridesmaid, and was attired in orchid georgette, wearing a large hat of orchid, and carried a bouquet of pink roses and sweet peas. Mr. Carl Anderson of Pittsburgh, served as Best Man. Betty Jane Hardin and Evelyn Mae Jones, two little nieces of the bride, were flower girls, and wore pale pink organdy, carrying baskets of daisies. Miss Morgan wore white georgette and a large white hat, carrying a bouquet of bride’s roses. Miss Eloise Sanford very beautifully sang 'I Love You Truly,' and 'At Dawning' assisted by Mrs. Samuel Corbin at the organ. With the strains of Mendelssohn's Wedding March, the bride advanced to the altar on the arm of her father. The double ring ceremony was used. The church was beautifully decorated with orchid iris and daisies, pink and white peonies. A reception to friends and relatives followed in the parlors of the church...The young couple will spend a short time motoring through Eastern Ohio, and other parts of the East."

It covers the topic weddings.

This metadata record was human prepared by Worthington Libraries on August 17, 2021. It was last updated August 24, 2021. 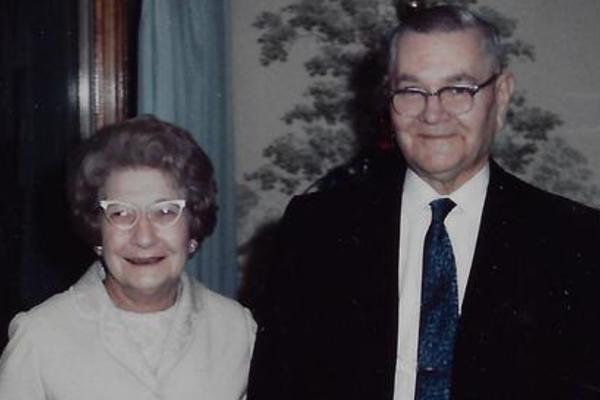 Columbus Weddings Show a must do before saying 'I do'