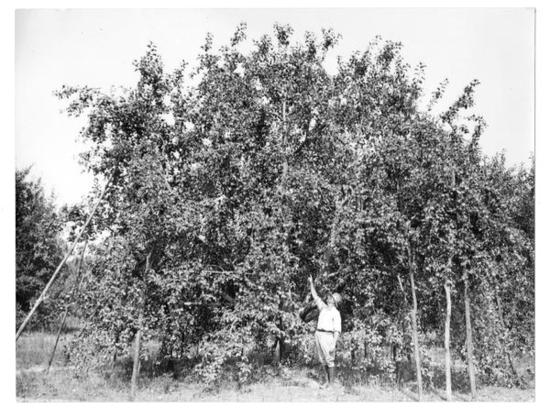 Photograph of a Worker Under an Apple Tree on the Brown Fruit Farm is a picture, with genre photograph and group portraits. Its dimensions are 6.26 in. x 8.43 in..

This photograph shows a worker standing beneath an apple tree at the Brown Fruit Farm. Sticks are used to prop up the branches that are heavy with apples.

It covers the topics agriculture, farm workers and trees.