Photograph of Workers Grading Apples on the Brown Fruit Farm 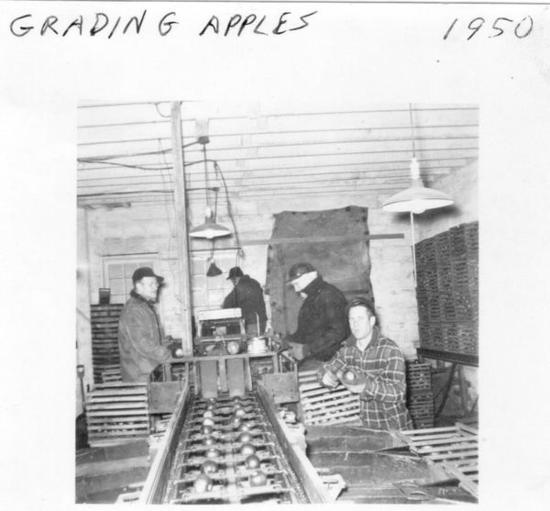 Photograph of Workers Grading Apples on the Brown Fruit Farm is a picture, with genre photograph, agricultural equipment and group portraits. Its dimensions are 2.73 in. x 2.94 in..

Workers are pictured here grading apples on the Brown Fruit Farm. The Apple House, a building on the farm, was where apples were sorted and packed for sale. Apples in storage were kept at the ideal temperature of 40 degrees, then sent by the crate on ramps with rollers to the Apple House, where they were sorted by size by the apple-grader machine. Workers on either side of the line removed blemished apples. Crates of sorted apples were then placed in the retail showroom at the front of the Apple House.

It covers the topics agriculture, farm workers and food and drink.

Federal Government To Give Demonstrations