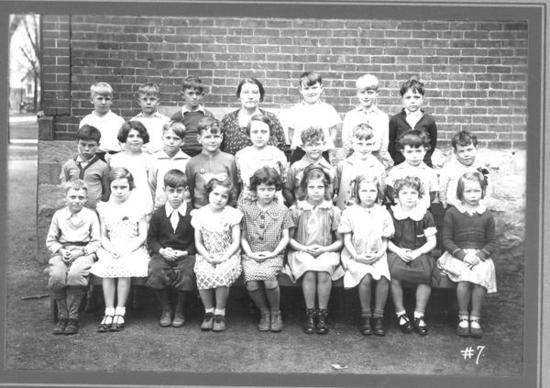 Second Grade Class is a picture, with genre photograph and group portraits. Its dimensions are 4.38 x 6.38 in..

Worthington Schools is the Creator.

It covers the topics students, teachers and elementary schools.

This metadata record was human prepared by Worthington Libraries on April 15, 2004. It was last updated November 14, 2017.