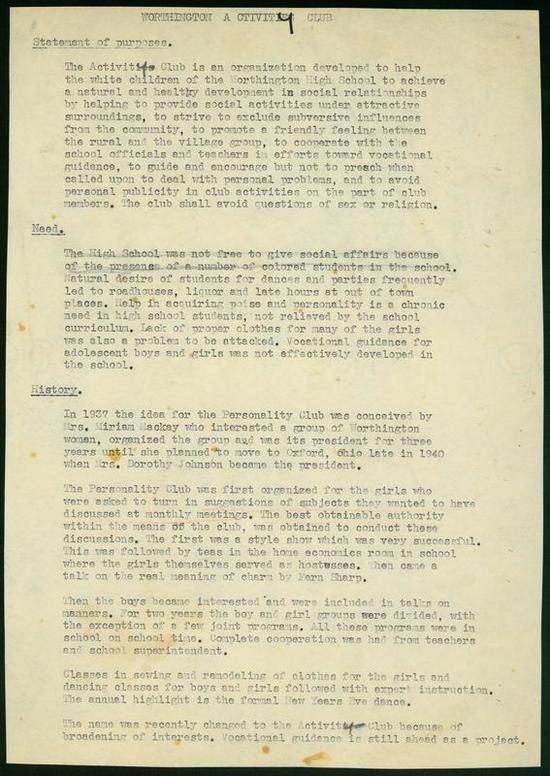 Activity Club Statement of Purpose and History is text. Its dimensions are 10 in. x 7 in..

This document provides a history of the early years of the Activity Club, with statements of need and purpose. Although the schools in Worthington were not segregated, statements in the document reflect that the community was not free of racial tensions and discrimination. By 1950, the purpose of the club would expand to become inclusive of all students in the community, regardless of race.

It covers the topics clubs and race relations.