Annual Spring Concert: "Children of the World" and "Ticket to Broadway" 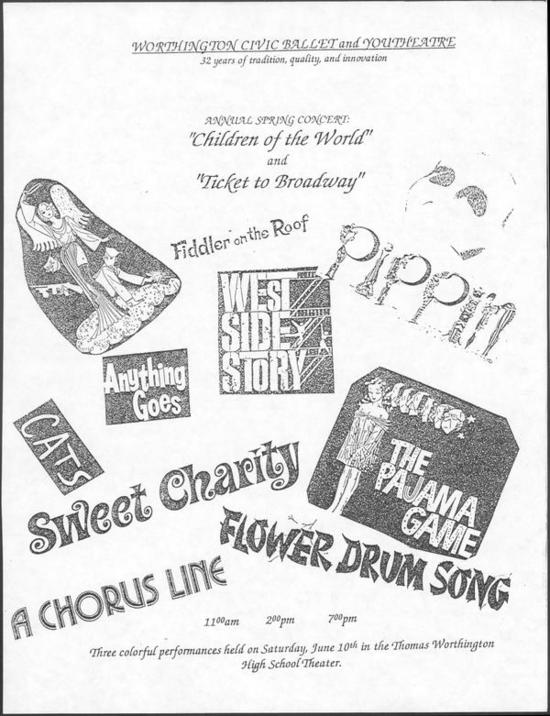 Annual Spring Concert: "Children of the World" and "Ticket to Broadway" is text, with genre theater programs, program and playbill. Its dimensions are 8.5 in. x 11 in.. It is 6 pages long.

Worthington Civic Ballet is the Creator. Worthington Libraries is the Contributor.

It covers the topics art, ballet and dance.

This metadata record was human prepared by Worthington Libraries on October 23, 2004. It was last updated October 6, 2017.

All the world's a stage, and Worthington is no exception. Residents have long unleashed their creativity and entertained the public by performing in classic plays, ballets and high school theater productions.