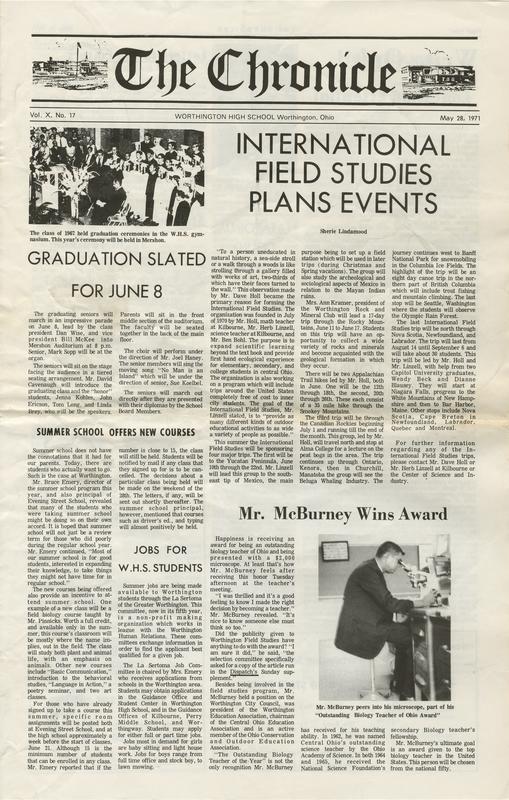 This edition is full of the types of stories one might expect in a student-produced newspaper printed near the end of the school year. The front page includes articles about the June 8 graduation ceremony, new summer school classes and summer jobs open to Worthington students through La Sertoma. Teacher-led summer trips to the Yucatan Peninsula and Canadian Rockies, sponsored by the International Field Studies organization, are also detailed, and there’s a feature about teacher Robert McBurney, who recently received the state’s outstanding biology teacher of the year award.

Articles on page two discuss the fate of the state’s school-related May ballot initiatives, a proposed natatorium and reasons why a number of students are against establishing a smoking area at the high school. One letter to the editor lists “problems” facing current students and the second addresses inaccuracies in an April 30, 1971 Chronicle article about the Kilbourne Teaching Team.

Page three includes a feature of senior Tom Bryant, an account of an ancient Roman-themed event held in April, a Mad Libs-style word game, an opinion poll and several poems.

Page four includes coverage of the boys’ track, baseball and golf teams and the boys’ and girls’ tennis squads

This metadata record was human prepared by Worthington Libraries on March 2, 2022. 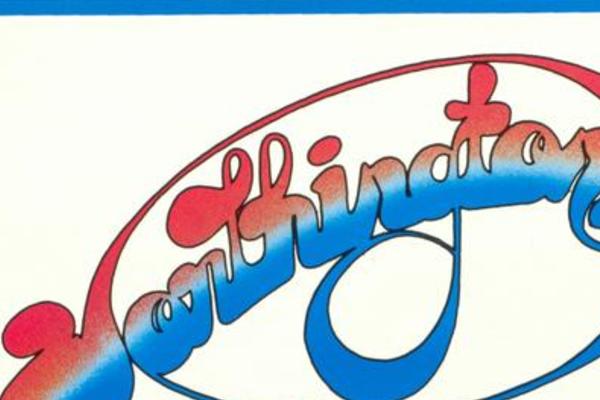