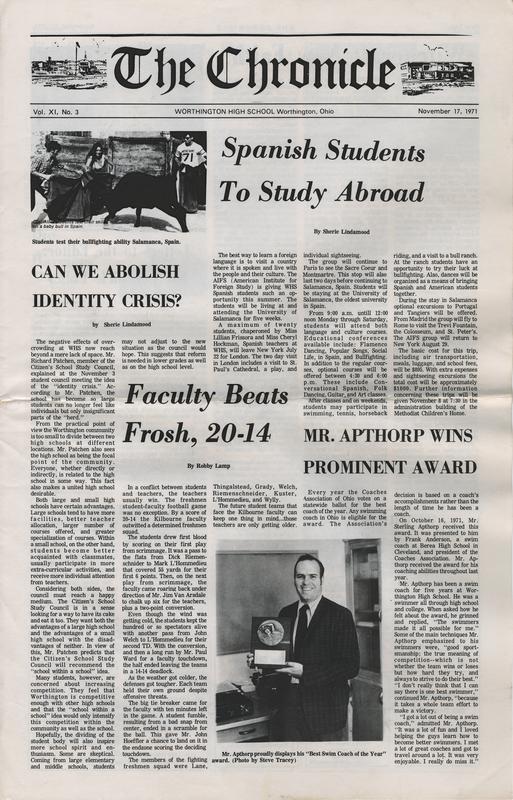 The front page of this edition is dominated by stories about where Worthington High School students will learn, whether in one high school or two or on an entirely different continent! Overcrowding at the high school remains a topic of concern. A member of the citizen’s school study council attended a recent student council meeting and told those in attendance he believed the study council would recommend the “school within a school” option. Through the American Institute for Foreign Study, Worthington High School Spanish students will have the opportunity to spend five weeks attending the University of Salamanca. The teacher-led trip, planned July 22-August 29, includes several days of sightseeing in London and Paris before heading to Spain. An accompanying photo shows several young adults “testing their bullfighting ability” on a baby bull.

Rounding out the front page are the results of the annual student-faculty football game and a feature about assistant principal and boys’ swim coach Sterling Apthorp, who recently received the Coaches Association of Ohio best swim coach of the year award.

Page two includes a clarification of the Chronicle’s policy about editing submitted letters, articles about first period release and the tardy policy and a story about witchcraft.

Derk Demaree is the subject of a page three Senior Spotlight feature. Also on that page is a review of the record “Chuck Berry’s Golden Decade,” a tongue-in-cheek article headlined “How to Get a Man,” a poem and subscription information for FPS, a newspaper produced by Youth Liberation Group in Michigan. There’s also a story about a local youth lounge, open Monday through Saturday, at Worthington United Methodist Church.

This metadata record was human prepared by Worthington Libraries on March 5, 2022. 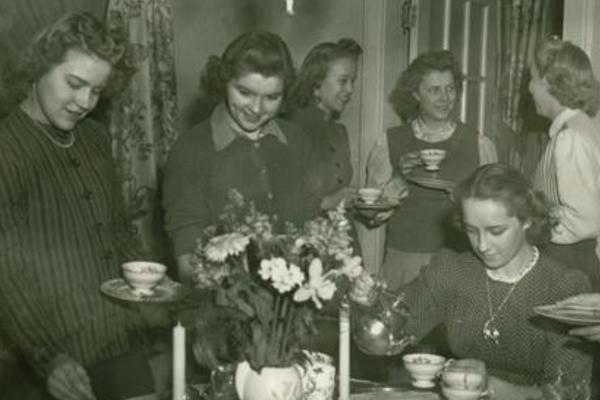 Class of 2005 ready to move on to changes, challenges