Letter to Achsa Johnson of Worthington, Ohio from William Johnson of Milan, Ohio 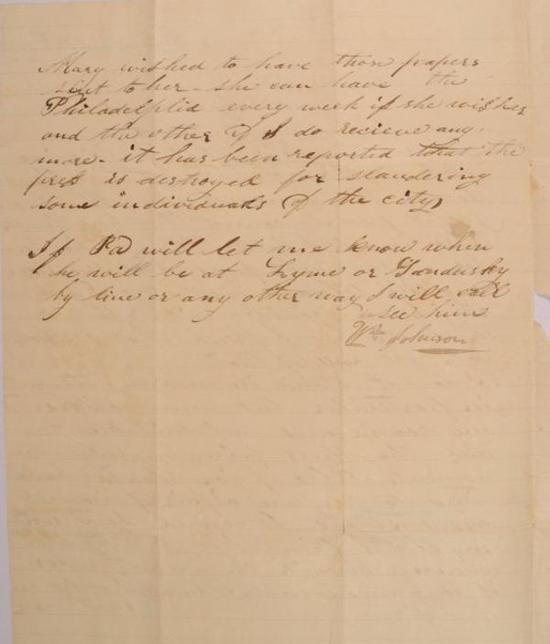 Letter to Achsa Johnson of Worthington, Ohio from William Johnson of Milan, Ohio is text, with genre letter and correspondence. Its dimensions are 8 in. x 11 in.. It is 4 pages long.

This is a brief letter written to Achsa Johnson of Worthington, Ohio from her son, William M. Johnson, who was attending school in Milan, Ohio. In the letter, William talks about how is health has not been good but is improving. He then asks his mother to send some collars and drawers. Lastly, William asks her to have his father, Orange Johnson, send word when he is traveling nearby so that they can plan a visit.

Achsa Johnson was born Achsa Maynard on April 7, 1791. She was the daughter of Moses Maynard. In 1815, she married Orange Johnson (b. February 7, 1790 - d. November 28, 1876) a comb maker by trade from Connecticut. The comb business was very successful, and Achsa and Orange moved into their home at 956 High Street in 1816. They had three children, but only one, Mary, survived into adulthood. The family moved to Columbus in 1847, when their daughter married Francis Sessions.

This metadata record was human prepared by Worthington Libraries on October 16, 2017. It was last updated October 20, 2017. 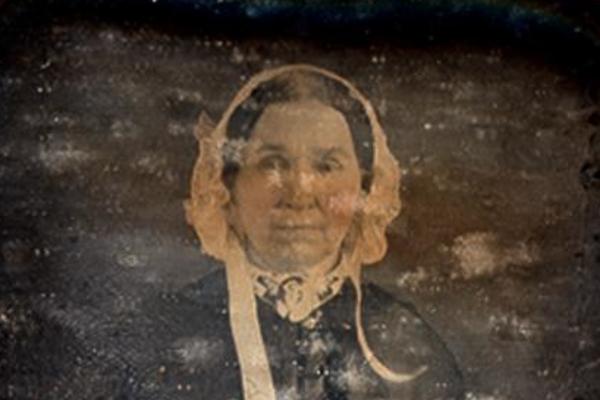 Turkish Cuisine to open next week on High Street

Dream of Fred A. Palmer of Radio For Rural Folks Comes True