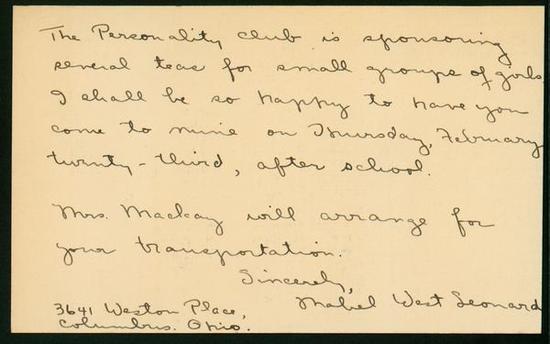 Ongoing activities sponsored by the Personality Club for many years included teas for small groups of girls. The tea referenced in this invitation was hosted by Mabel Leonard and Mrs. Richard Blackburn, who supervised the club's sewing unit. Each tea had a designated discussion topic. This tea's topics were "Why Don't You Like to Sew" and "Making Your Own Drapes and Slip Covers".