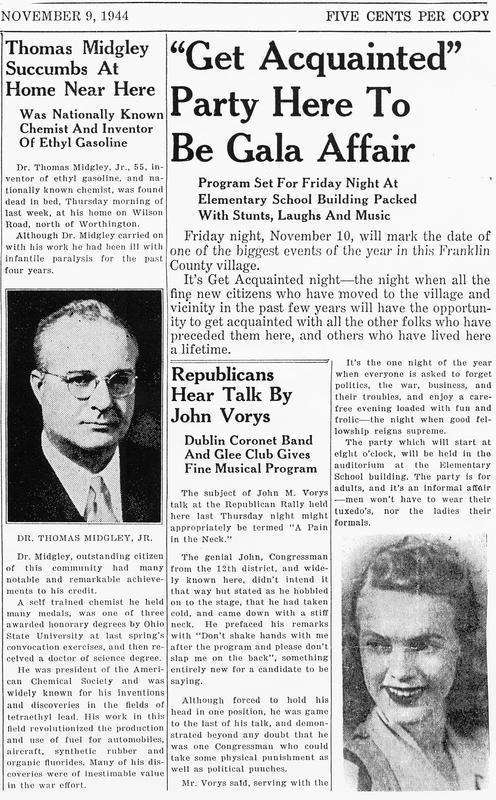 Thomas Midgley Succumbs At Home Near Here is text.

Thomas Midgley, (b. 1889, d. 1944) was an inventor, discoverer and genius in chemical engineering. In 1922 he developed the Midgley indicator to determine the workings of the internal combustion engine. His most celebrated feat was working out detonation characteristics of fuels and creating anti-knock chemicals, which culminated in the discovery of tetraethyl lead. This work revolutionized the production and use of fuel for automobiles and aircraft.

He was an innovator in the chemistry of synthetic rubber. Further, Midgley developed chlorofluorides which were used as nonflammable, nontoxic refrigerants and he also developed a method to extract bromine from sea water. In 1942 he was concerned with combating incendiary bombs and camouflaging military objectives and worked with scientists, Army and Navy officials from his home in Worthington.

Midgley was Chief of Fuels for General Motors Research Corporation in 1923, Vice President of Ethyl Corporation in 1923, Vice President of Kinetics Chemical, Inc. in 1930, and Director of the Ethyl-Dow Chemical Co. in 1933. He held many medals, was President of the 0.S.U. Research Foundation, and a member of the National Academy of Sciences. In 1940, after contracting poliomyelitis, he continued his innovations at home, and tragically died in 1944 by accidental strangulation in a harness he designed to move himself from bed. This article concerning his passing appeared in the Worthington News on November 9, 1944.

It covers the topics obituaries and chemistry.

This metadata record was human prepared by Worthington Libraries on September 30, 2003. It was last updated October 13, 2017. 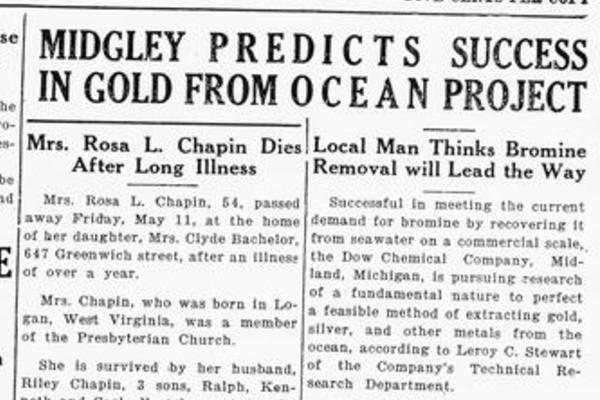 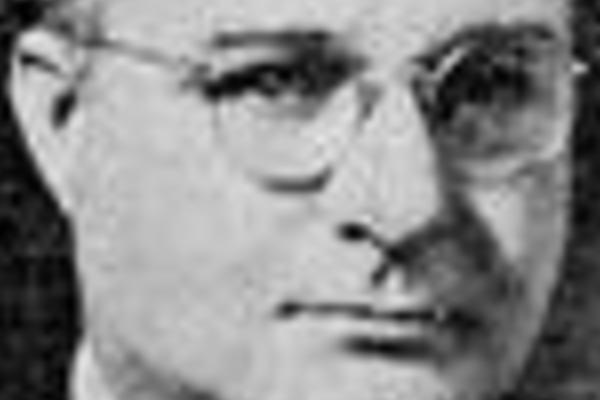 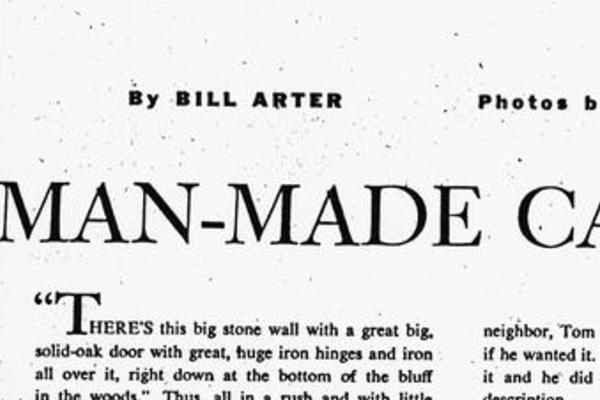