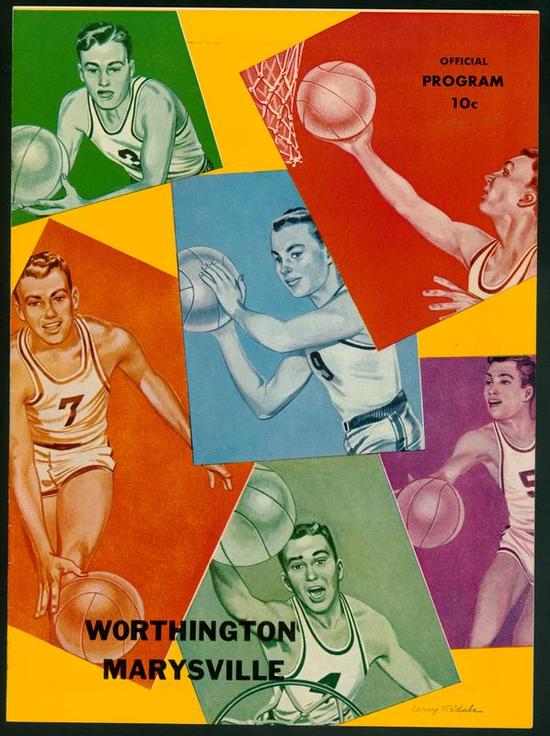 Worthington Marysville is text, with genre program and basketball. Its dimensions are 10.75 in x 7.8 in.. It is 7 pages long.

Worthington High School is the Creator.

The Worthington Cardinals basketball team played Marysville twice in the 1952-1953 season. This program was for their home game in February. The game scores were varsity Worthington 63, Marysville 54; reserves Worthington 50, Marysville 25. The varsity team shared the Mid-Six title as co-champions with Westerville. The reserve team place first in their category in the Mid-Six.

This metadata record was human prepared by Worthington Libraries on June 29, 2004. It was last updated October 6, 2017.

For a sport with such a glamorous, larger-than-life reputation, basketball sprang from remarkably humble beginnings. Our January exhibit takes you on a spin through decades of Worthington's basketball history.

Warriors will be force when pieces are all in place