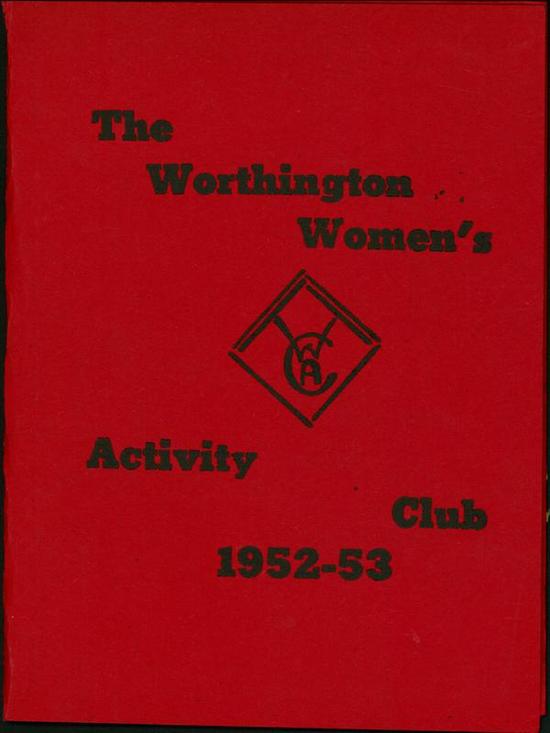 This yearbook includes the Activity Club's 1952 membership roster, program list, bylaws, and brief history. While dancing lessons remained popular, the customary Senior Tea was discontinued and replaced with a mixer for the parents of Freshmen at Worthington High School. The new mixer was designed to enable parents of students to become better acquainted, thereby making the high school experience more pleasurable for the entire family.

It covers the topics clubs, community service and women's clubs.

This metadata record was human prepared by Worthington Libraries on August 3, 2005. It was last updated October 6, 2017.

Crew Is Speaker at Dublin Meeting

Wendy Larson to be honored by Worthington DAR

Member Drive Passes 1000, All Reports Not In