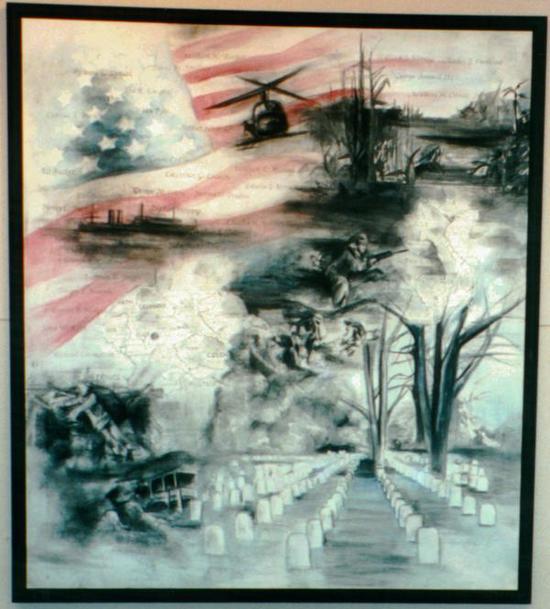 This watercolor and ink on canvas seeks to provide a visual tribute to veterans of Worthington who fought and died in action. From the War of 1812 to the war in Iraq there are a total of thirty-four military personnel represented. These men made the ultimate sacrifice in giving their lives for the lives of the community at large, and are mourned in their passing. This piece seeks to provide a visual tribute to these Worthington heroes.

Worthington Youth Service Council (WYSC) undertook this project during Worthington's Bicentennial year to help the community remember its veterans. Students researched the histories of these veterans and prepared biographical sketches of each, culminating in an exhibit which is to be displayed at each of the four high school campuses in the Greater Worthington Community: Linworth Alternative High School, Thomas Worthington High School, Worthington Christian High School, and Worthington Kilbourne High School.

It covers the topics veterans and art.

You can find the original at Worthington Youth Service Council.

This metadata record was human prepared by Worthington Libraries on September 30, 2003. It was last updated December 6, 2017.

With fall’s vivid colors painting the landscape, there’s no better time to celebrate the visual arts. Our November exhibit features paintings and sculptures made by and about Worthington's residents.

Since 1919, November 11 has been a day to honor those who have courageously defended our country. 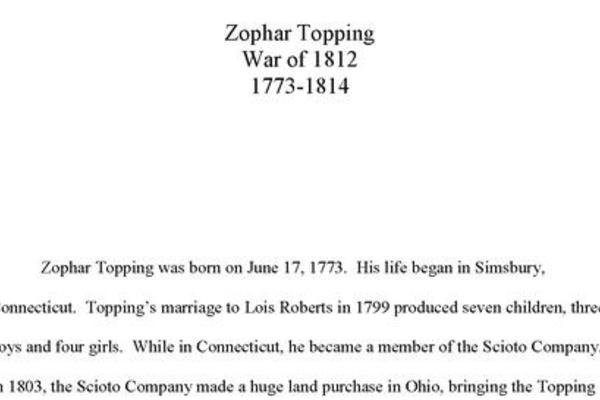