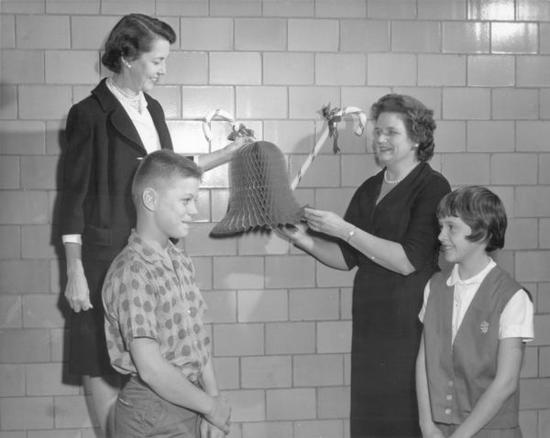 Candy Cane Ball is a picture, with genre photograph. Its dimensions are 8 in. x 10 in..

Students of social dancing lessons, Steve Wander and Susan Littlepage are pictured with Co-Chairs of the event, Mrs. Schildknecht and Mrs. Bierke. Social dance classes for children in the Worthington area were sponsored by the Activity Club for several decades.

It covers the topics dance and students.

This metadata record was human prepared by Worthington Libraries on January 4, 2006. It was last updated November 10, 2017.