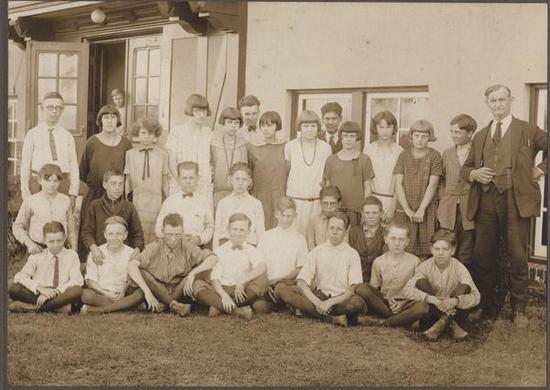 Photograph of Linworth Grammar School 7th and 8th Grades, 1924 is a picture, with genre photograph and group portraits. Its dimensions are 7.13 in. x 5 in..

This photograph shows the seventh and eighth grade classes during the 1924-1925 school year at Linworth Grammer School. This school was also known as North Perry Grammar School, and the building is now home to the Linworth Alternative School building on West Granville Road in Linworth.

It covers the topics public schools and education.

This metadata record was human prepared by Worthington Libraries on September 10, 2020. It was last updated September 11, 2020.

Education Then And Now