Photograph of Slim and Lynas Dill at the Brown Fruit Farm 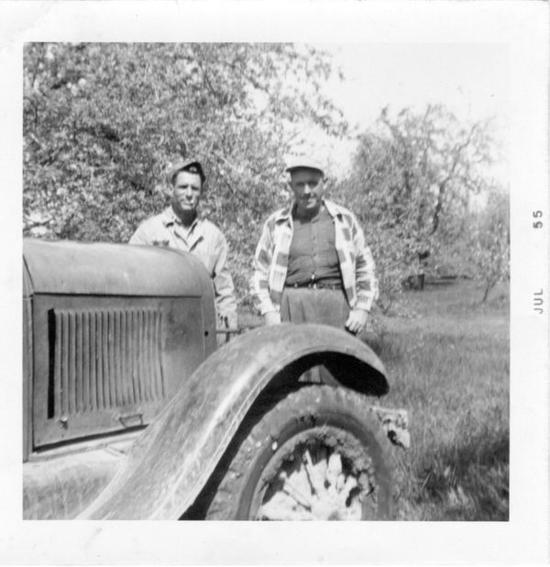 Photograph of Slim and Lynas Dill at the Brown Fruit Farm is a picture, with genre photograph and group portraits. Its dimensions are 3.55 in. x 3.51 in..

It covers the topics agriculture, farm workers and cars.

This metadata record was human prepared by Worthington Libraries on February 15, 2018.

He fought the law and the law didn't win

Chimney Sparks Are Blamed for Over $5,000 Fire Loss

Elected President Friends of The Land