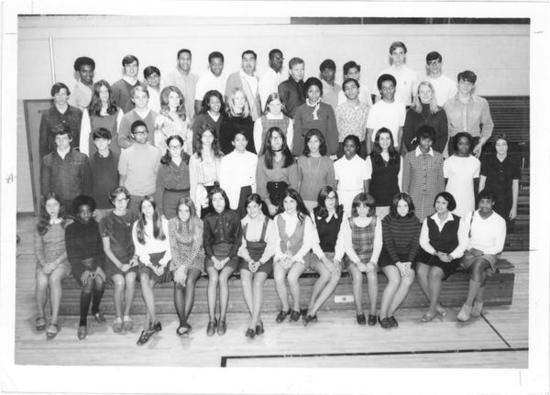 Race Relations Club is a picture, with genre photograph. Its dimensions are 5 in x 7 in.

You can find the original at Sharon Flint Residents' Association Historical Committee.

This metadata record was human prepared by Worthington Libraries on October 15, 2002. It was last updated November 17, 2017.

February is Black History Month, and Worthington Memory is joining the celebration by highlighting several of the city's Black residents through the decades.