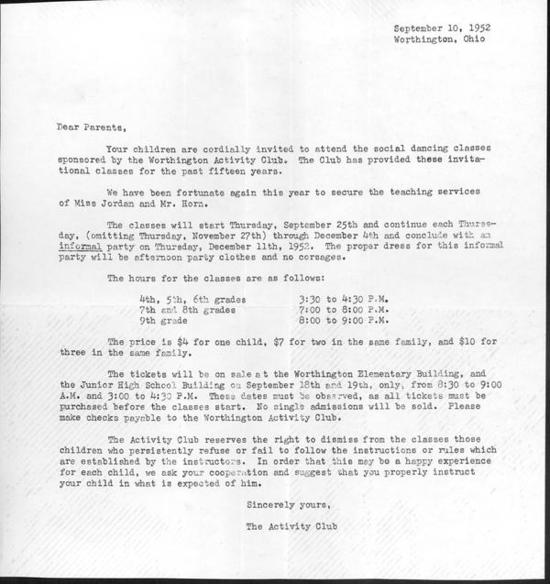 Social Dance Class Invitation is text. Its dimensions are 9 in. x 8.5 in..

This is an invitation for students to enroll in social dancing classes sponsored by the Activity Club. The dancing lessons were a popular program throughout the 1940s and 1950s. This ten week set of lessons included the fox trot, jitterbug, rumba, samba, tango, and waltz.

It covers the topics students, dance and clubs.

This metadata record was human prepared by Worthington Libraries on August 3, 2005. It was last updated November 13, 2017.