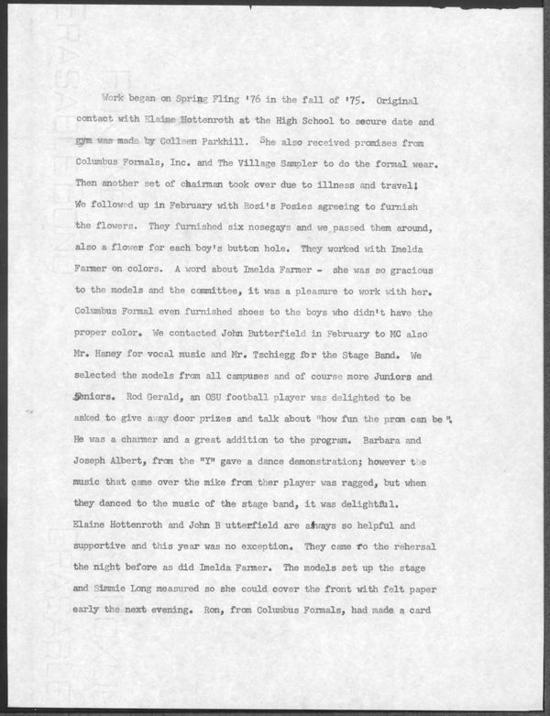 This report on the 1976 Spring Fling, a pre-prom event sponsored by the Activity Club, provides an overview of the planning involved, detailed account of the program, and outcomes. John Butterfield, Director of School-Community Relations at the time served as the master of ceremonies. The program included a fashion show featuring formal wear, dancing demonstration, and vocal music.

It covers the topic clubs.

This metadata record was human prepared by Worthington Libraries on August 29, 2005. It was last updated October 6, 2017.