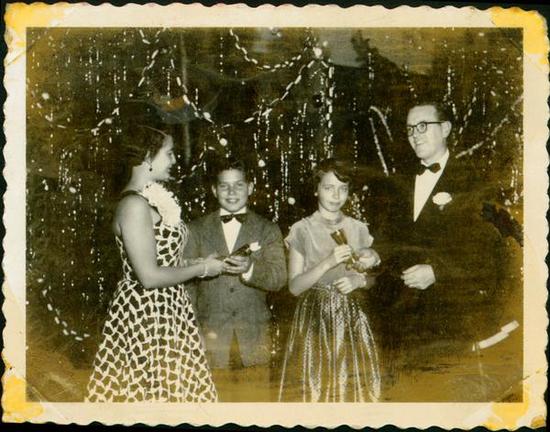 Activity Club Dance Class Awards is a picture, with genre photograph. Its dimensions are 3.25 in. x 4.25 in..

Winners of trophies from the 4th-6th grade ballroom dancing classes sponsored by the Activity Club in 1954 are pictured with the dance instructors. Trophies were awarded to students based on improvement in dancing, cooperation, and good manners. Left to right are Joyce Horn, Gary Wing, Jane Beaver, and Larry Horn. Students participated in a series of 10 dance classes throughout the fall.

It covers the topics clubs, dance and students.

Process complex for many athletes