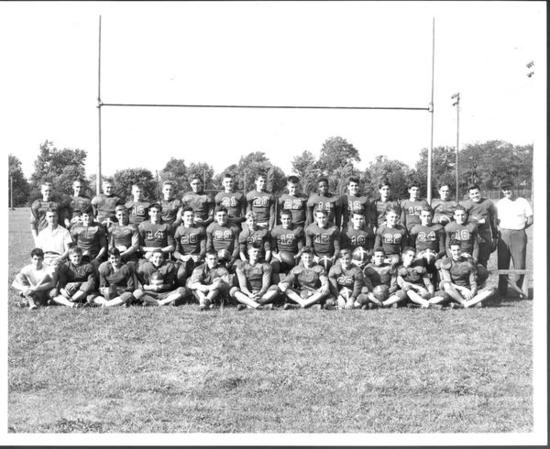 Worthington High School Football Team is a picture, with genre photograph, group portraits and football. Its dimensions are 8 in. x 10 in..

Worthington High School is the Creator.

It covers the topics school sports, football and students.

This metadata record was human prepared by Worthington Libraries on April 15, 2004. It was last updated November 14, 2017.

Score a touchdown with Worthington football

With the crisp, cool days of autumn just around the corner, it’s time to gather up your banners and seat cushions and head down to the stadium to cheer on your favorite football team: Worthington!

Active in Many Activities at Swarthmore College