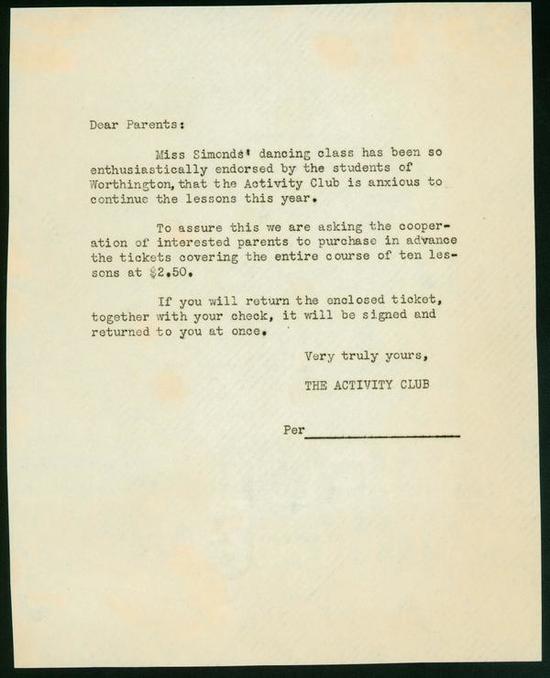 Activity Club Correspondence is text, with genre letter. Its dimensions are 7.5 in. x 6 in..

Ballroom dancing classes for boys and girls in Worthington were arranged by the Personality Club and taught by Kathryn Simonds of the Columbus School for Girls. The dancing program proved to be very popular, continuing into the 1950s with various instructors. Due to its success, the program was imitated in many schools in the area.

During the 1980s the purpose of the Activity Club broadened to fulfill changing needs. New projects were initiated, such as workshops on leadership skills, College Previews, College Fairs, and coordination of the Baccalaureate Service for graduating seniors. The Activity Club began sponsoring the Junior-Senior Prom "Afterhours" in 1986, and a "Cards Camp," a middle school drug, alcohol, and tobacco prevention program in 1988. Following the opening of Worthington Kilbourne High School, the club split into two separate Activity Clubs, one for each school.

It covers the topics clubs and dance.