Afterhours Party After the Prom 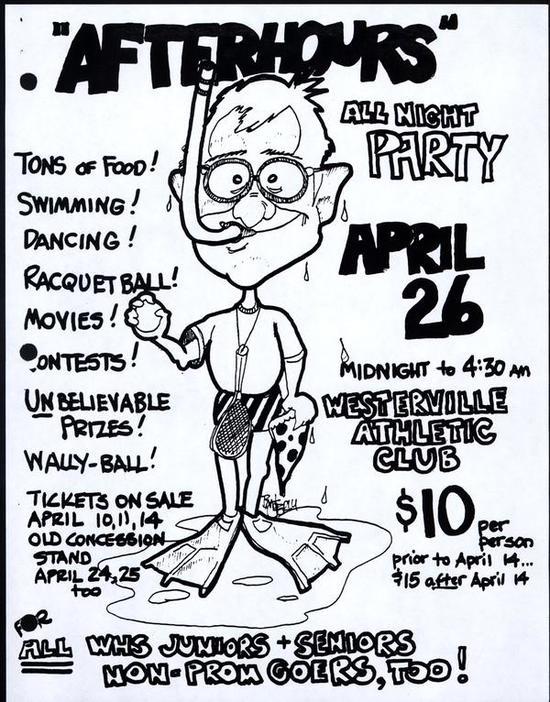 In 1986 Worthington Activity Club organized the first "Afterhours", an all-night party for students following the Worthington High School Junior-Senior Prom. In previous year many students had planned and attended motel parties, where alcohol had been served prior to and after the prom. The City of Worthington responded by passing an ordinance outlawing teen motel parties. The Afterhours party was organized in order to offer students a fun and safe alternative. The party was held at the new Westerville Athletic Club. The name Afterhours was chosen by a student committee of juniors and seniors who helped to plan the party. Many activities were planned, such as swimming, racquetball, "walleyball," disk jockey and dancing, movies, and door prizes given throughout the evening and a grand prize at the end. Documents presented here include a publicity flyer, letter to parents, event ticket, schedule, rules and procedures.

It covers the topic clubs.

This metadata record was human prepared by Worthington Libraries on January 19, 2006. It was last updated October 6, 2017.