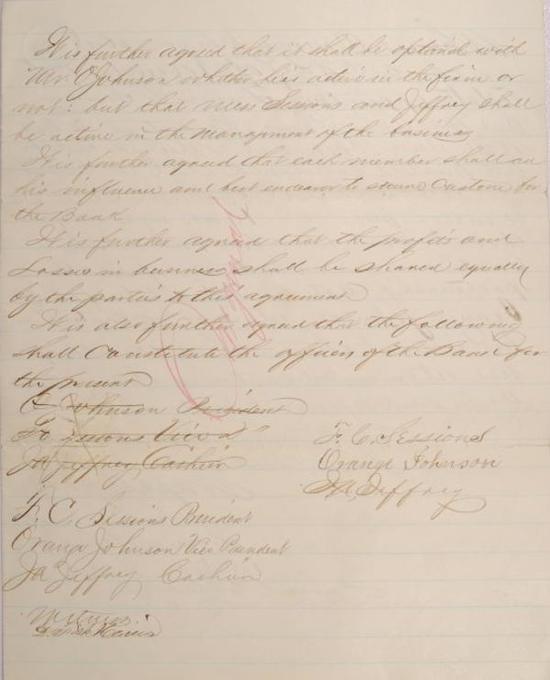 Articles of Agreement Concerning the Founding of the Commercial Bank of Columbus is text, with genre letter and correspondence. Its dimensions are 8 in. x 11 in.. It is 4 pages long.

Worthington Historical Society is the Contributor. Orange Johnson, 1790-1876, Francis Charles Sessions, 1820-1892 and Joseph A. Jeffrey are the Correspondents.

Francis Sessions was a successful dry goods merchant in Columbus, who prospered in the wholesale wool business, invested in railroads, and eventually became founder and president of the Commercial National Bank. Francis married Mary Johnson on August 18, 1847. Mary was daughter of one of Worthington's founders, Orange Johnson and wife Achsa (Maynard) Johnson.

According to "Columbus Business First," Joseph Jeffrey was a businessman who established the Jeffrey Manufacturing Co. and was involved in other business ventures around the Columbus area. More can be found on Jeffrey here: https://www.bizjournals.com/columbus/print-edition/2012/02/24/shaping-co....

This metadata record was human prepared by Worthington Libraries on October 18, 2017. It was last updated January 13, 2021. 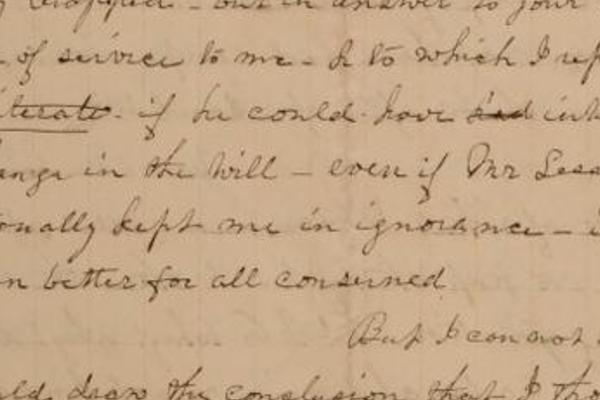