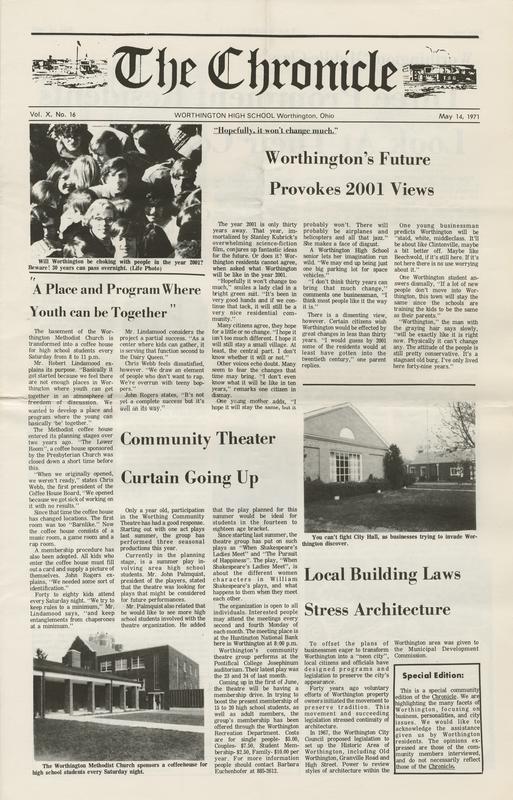 Chronicle staff call this issue a “special community edition.” For the top story of the front page, city residents and high school students were asked what they thought Worthington would be like in 30 years. A brief piece describes efforts by residents and elected officials to preserve the way the city’s homes and buildings look.

Also on the front page is a is a feature about the Worthington Community Theatre and a story about a “coffee house,” open to high school students on Saturday evenings, in the Worthington United Methodist Church basement.

A 1969 community survey is referenced in the page two story, which features interviews with Elizabeth Carter, former Worthington Board of Education clerk-treasurer; George H. Shapter, Jr., Worthington City Manager; and Rev. Edge Dixon, pastor of Worthington United Methodist Church. In the article, the three were asked their opinions about Worthington’s growth, standard of living and declining church attendance.

Page three includes a short article about Worthington’s founding by James Kilbourne and other members of the Scioto Company. There are also excerpts of poems taken from “A Walking Tour of Old Worthington” by Frank Corbin of the Worthington Historical Society.

On page four, there’s an article about motorcycle racing, an interview with former Worthington High School baseball and football player and coach Frank P. Welling and a story about the Cincinnati Reds.

This metadata record was human prepared by Worthington Libraries on March 2, 2022. It was last updated March 7, 2022. 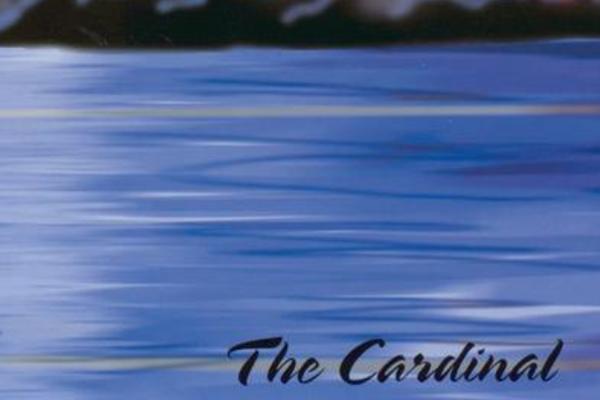