Receipt to Orange Johnson, As Agent for Nathaniel Root, from G.H. Griswold for $1 for One Day’s Work on Highway 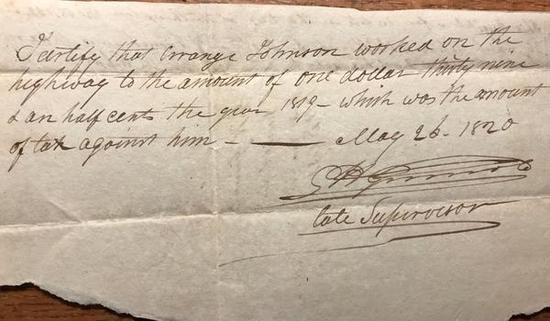 Receipt to Orange Johnson, As Agent for Nathaniel Root, from G.H. Griswold for $1 for One Day’s Work on Highway is text, with genre letter and correspondence. Its dimensions are 8 in. x 11 in.. It is 2 pages long.

This is a receipt documenting the payment of $1.39 1/2 for one day's work on a highway to Orange Johnson from George H. Griswold. Additionally, the back of the receipt contains a second record of taxes charged to Orange Johnson by mistake as he was agent for Nathaniel S. Root.

George H. Griswold was a prominent figure in Worthington. In addition to operating a tavern he inherited from his father, Ezra Griswold, he served as clerk, village trustee, recorder, mayor, and postmaster. He was active in real estate ventures in Sharon Township and Worthington, owning no fewer than 27 properties in the Village of Worthington at the time of his death in 1876.

Nathaniel Root owned a number of land lots in Worthington and surrounding areas. Orange Johnson purchased several of these lots among other items.

This metadata record was human prepared by Worthington Libraries on November 16, 2017. It was last updated January 13, 2021. 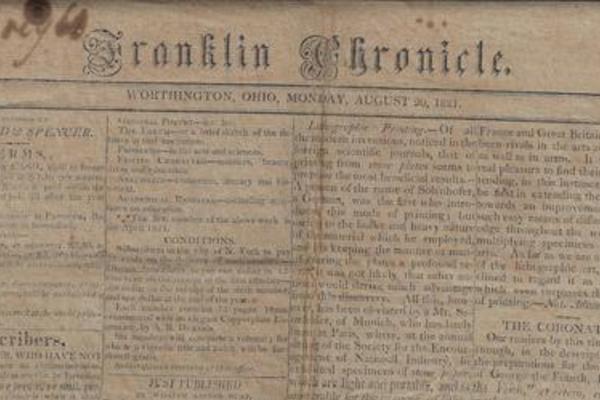